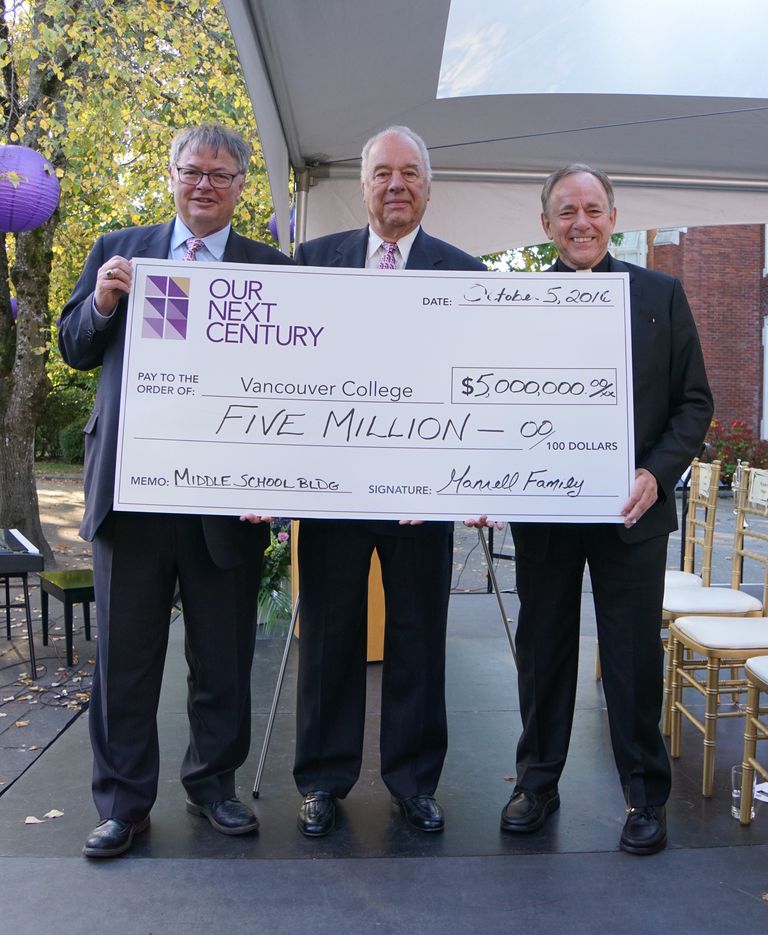 On Wednesday October 5, 2016 over 400 people gathered at Vancouver College to help launch the boldest initiative in the 94-year history of the school, the Our Next Century Campaign.

Students, parents, alumni, and supporters were treated to a festive afternoon featuring games, food, drinks, and musical performances. The formal program of the launch celebration included the announcement of a transformational gift by Tod and Irene Manrell, supporters of Vancouver College since coming to the school. They announced their family's $5 million gift to the Our Next Century Campaign. The gift drew gasps, a standing ovation, and tears of joy from the crowd.

College President John Nixon (VC'69) called the Manrell Family gift "transformational" and credits the Manrell Family gift with moving the campaign to the point where construction can begin on the first phase, an all-new middle school for the College, which will be named Manrell Hall. Manrell Hall will occupy the area where the Brothers' Residence now sits and construction will begin in spring 2017 with completion of Manrell Hall expected by fall 2018.

Read more about the launch of Our Next Century and the celebration event.